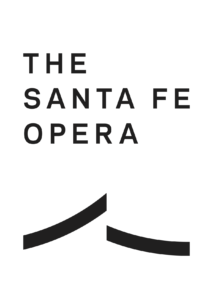 From Page to Stage

Watch on demand through the PBS Video App or on NMPBS Ch.5.1.

Beginning Saturday, July 10, the Santa Fe Opera and New Mexico PBS (NMPBS) present From Page To Stage, an original 7 part iCOLORES! series on the making of John Corigliano and Mark Adamo’s new opera The Lord of Cries. The series offers an inside, multi-part view on the creative forces behind the Santa Fe Opera’s 17th world premiere, opening on July 17 as part of the 64th Festival Season.

About The Lord of Cries

The Lord of Cries by composer John Corigliano and librettist Mark Adamo, is based on the intriguing points of intersection between two classics of Western literature, The Bacchae of Euripides and Dracula by Bram Stoker.

Separated by 24 centuries, The Bacchae and Dracula tell virtually the same timeless story, with the same subversive message: We must honor our animal nature lest it turn monstrous and destroy us. The Lord of Cries begins with a strange, androgynous god returning to earth to offer a mortal three chances to “ask for what you want” or risk the consequences. He materializes in Victorian England in the guise of the eponymous “Lord of Cries,” none other than the irresistible antihero of Dracula.

Corigliano creates powerfully contrasting sound worlds to distinguish the tidy world of the Victorians against the savage grandeur of the immortals, forging musical drama from the tension and the gravitational pull between the two worlds. Says the composer, “One important point of The Lord of Cries is that this conflict between who we want to be and who we actually are goes on and on; it tormented the ancient Greeks, and it torments us still. So that torment is the score’s real subject.”

The Lord of Cries is only the second opera by John Corigliano, following his acclaimed The Ghosts of Versailles (1991), which at the time was the Metropolitan Opera’s first commission in three decades. Corigliano’s one-hundred-plus compositions have won him the Pulitzer Prize, four Grammy Awards and an Oscar, and have been performed and recorded by many of the world’s greatest soloists, conductors and orchestras.

The title role of The Lord of Cries is written for superstar countertenor Anthony Roth Costanzo, who makes his Santa Fe Opera debut as Dionysus. Soprano and former Santa Fe Opera apprentice singer Susanna Phillips returns to the Santa Fe Opera stage in the role of Lucy Harker. She is joined by tenor David Portillo as Jon Harker in his company debut, baritone and former apprentice singer Jarrett Ott as John Seward, bass Matt Boehler in his company debut as Van Helsing and bass Kevin Burdette as the Correspondent. Susanne Sheston is the Chorus Master.

The Lord of Cries receives its world premiere on July 17, 2021 and runs for six performances.