Image Marketing: No other medium can match the power of the public television image.

Consumer Trust: PTV has earned the highest “Trust” from consumers; so, they are more likely to trust those who are associated with the most “trustworthy of media.”

Higher Income Market: Although the PTV audience includes those from all economic levels, it has the highest percentage of upper income viewers.

Highly Educated Market: Although the PTV audience includes those of all educational backgrounds, it has the highest percentage of well-educated viewers.

Viewers with a Specific Interest: PTV’s programs that explore a “specific are of interest” afford you the opportunity to reach your “specific target market.”

Business and Government Leaders: The PTV audience includes the highest percentage of business and government leaders in your community.

Special Support of New Mexico PBS Members: Through their NMPBS membership, our viewers have a special stake in NMPBS. So, they have a “special reason” to support those businesses that help NMPBS thrive.

No other medium can match the power of the public television image. 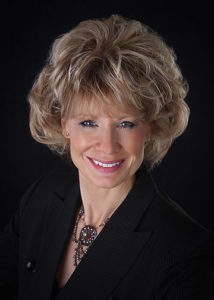 “New Mexico PBS delivers a “Quality Program Environment” for our clients. Their name will be associated with powerful, strong, entertaining stories without the worry of violence, strong sexual content and language. Local programming content is rich, colorful and a true reflection of the New Mexico culture.”

“Curious, imaginative, and learning communities so often come together – with gratitude and happiness, the Academy joins with New Mexico PBS to promote wonder in lives throughout our community!" –Andrew T. Watson, Head of School, Albuquerque Academy

“Eisbach Facial Plastic Surgery searches to align itself with quality at its best. That’s why we support public television throughout the State and are honored to be associated with New Mexico PBS. In supporting programs like Masterpiece Theater, Antiques Roadshow and Special Performances, we connect with discerning, active, and engaged viewers as all of us seek to make a difference." –Dr. Karl Eisbach, Eisbach Facial Plastic Surgery

“We love being a part of New Mexico PBS. The programming that we see week in and week out is so important to our community. We are truly blessed to have such a great resource in Albuquerque." –Chet Stewart, FRENCH Funerals-Cremations

Thanks to our sponsors: