An unparalleled record of New Mexico’s unique history was in jeopardy of being lost forever. 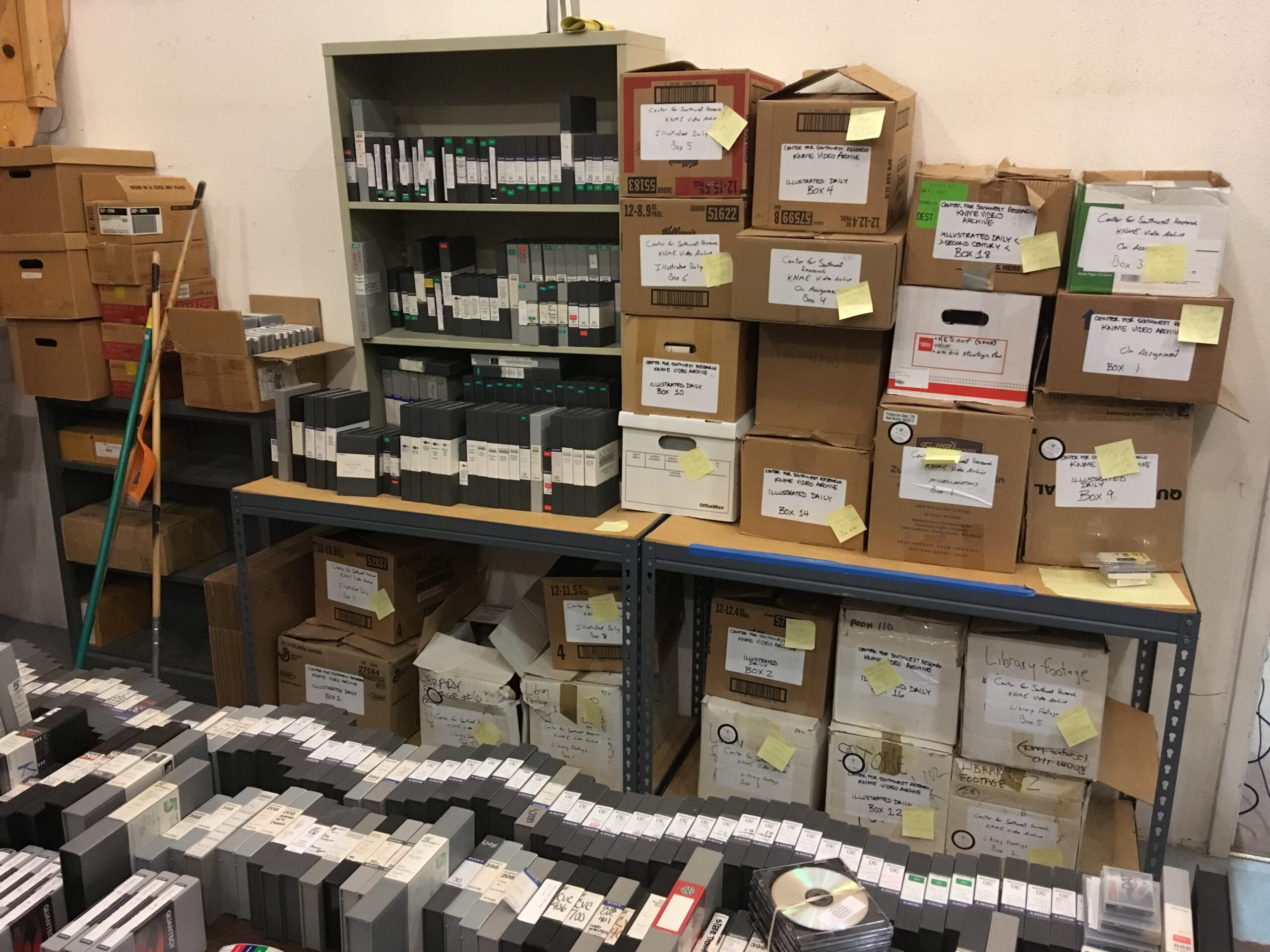 Hidden away in lofts, closets and even a men’s room were hidden treasure. For decades, New Mexico public media stations stored in out-of-the-way places an amazing body of work containing unique stories of New Mexico’s diverse communities. Unfortunately, many of these programs were recorded onto fragile magnetic media well past its lifespan, deteriorating more and more every year. Irreplaceable, this treasure trove of New Mexican TV and radio programs was in real danger, and stations were at a loss as to what to do. Fortunately, the American Archive of Public Broadcasting and the Council on Library and Information Resources joined with New Mexico Public Media stations to help save our fragile history!

New Mexico Public Media Stations have years of original programming that is a unique and in-depth, fascinating portrait of New Mexico’s social, political, artistic and cultural life. Well represented are communities that are often underrepresented, under-resourced, and marginalized, like New Mexico’s large Indigenous and Hispanic communities. This collection contains in-depth coverage of New Mexico news, elections, science, health, medicine, arts and humanities television and radio programming from 1970-2020. These programs include KUNM’s Spanish language radio program “Espejos de Aztlan”, award winning and long running series like NMPBS’ “¡COLORES!” and “New Mexico in Focus”, KENW’s “Report from Santa Fe”, and KRWG’s “Aggie Almanac”, groundbreaking documentaries like NMPBS’ “Monuments to Failure”, “Above and Beyond”, and the original one-inch master reels of “Surviving Columbus”- which won the 1992 George Foster Peabody. Also included are the original field interviews recorded during the production of “Surviving Columbus”, which are an extraordinary archive of Pueblo voices.

Sample clips of the NMPBS collection

For decades, NM Public media stations recorded programs onto broadcast formats that have fallen by the wayside as technology advanced. These programs exist on obsolete and deteriorating video and audio formats that are no longer produced, like one-inch video reels, U-matics, Betacam, MiniDVs, ¼ inch audio reels, and audiocassettes. Making it even more challenging is to find a working machine to play them, let alone having the technical know-how to maintain them.

Fortunately, in 2018 New Mexico PBS (NMPBS) was introduced to the American Archive of Public Broadcasting (AAPB) and their incredible work collecting and preserving public television and radio programs from across the country, making them available in one place, free online. We were delighted when they offered to partner with us on a statewide digitization project, one of the first of its kind. With a ground swell of statewide and national support, in 2019 we applied and received a generous grant from the Council on Library and Information Resources (CLIR) to preserve these materials and give them a new life in the public domain.

In July 2020, the project began in earnest with the hiring of the NMPBS Archivist, Megan Rose Kilidjian. The next seven months were spent inventorying, organizing, and packing video and audio tapes from public radio and television stations across New Mexico. All of the stations’ tapes were brought to NMPBS in Albuquerque (the base of operations for the project) and on March 1st, 2021, eight pallets of NMPBS materials were shipped out for digitization! 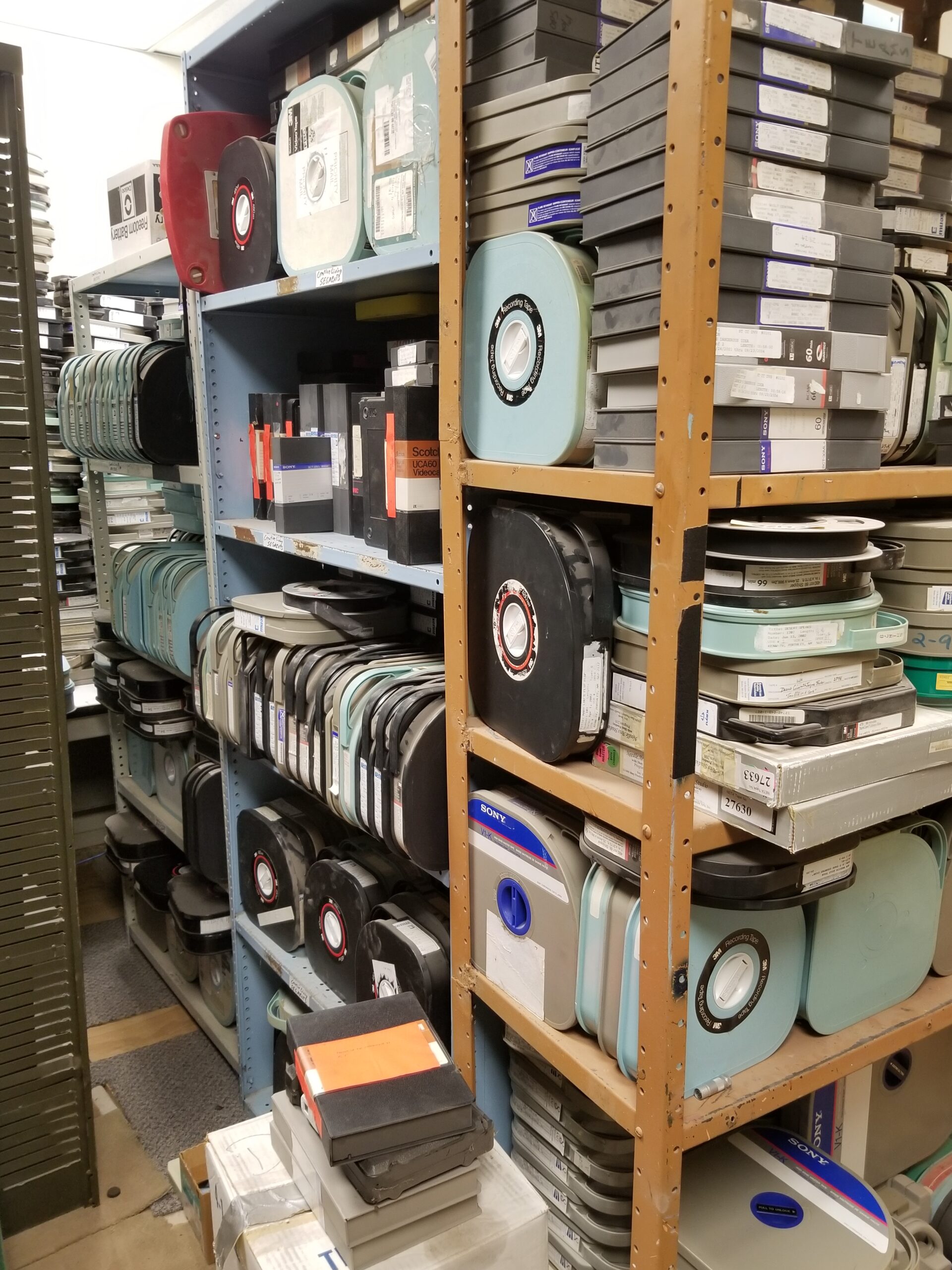 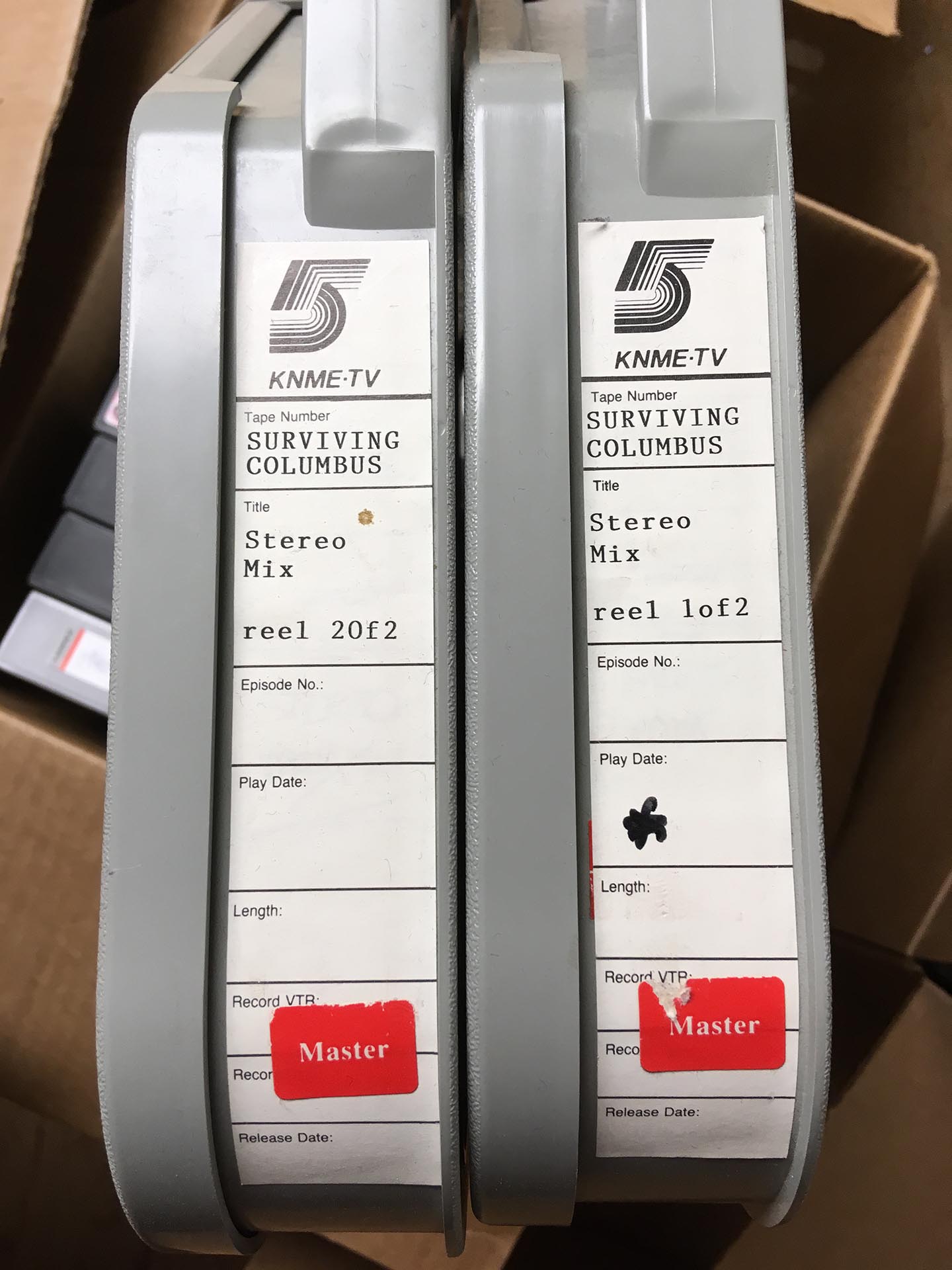 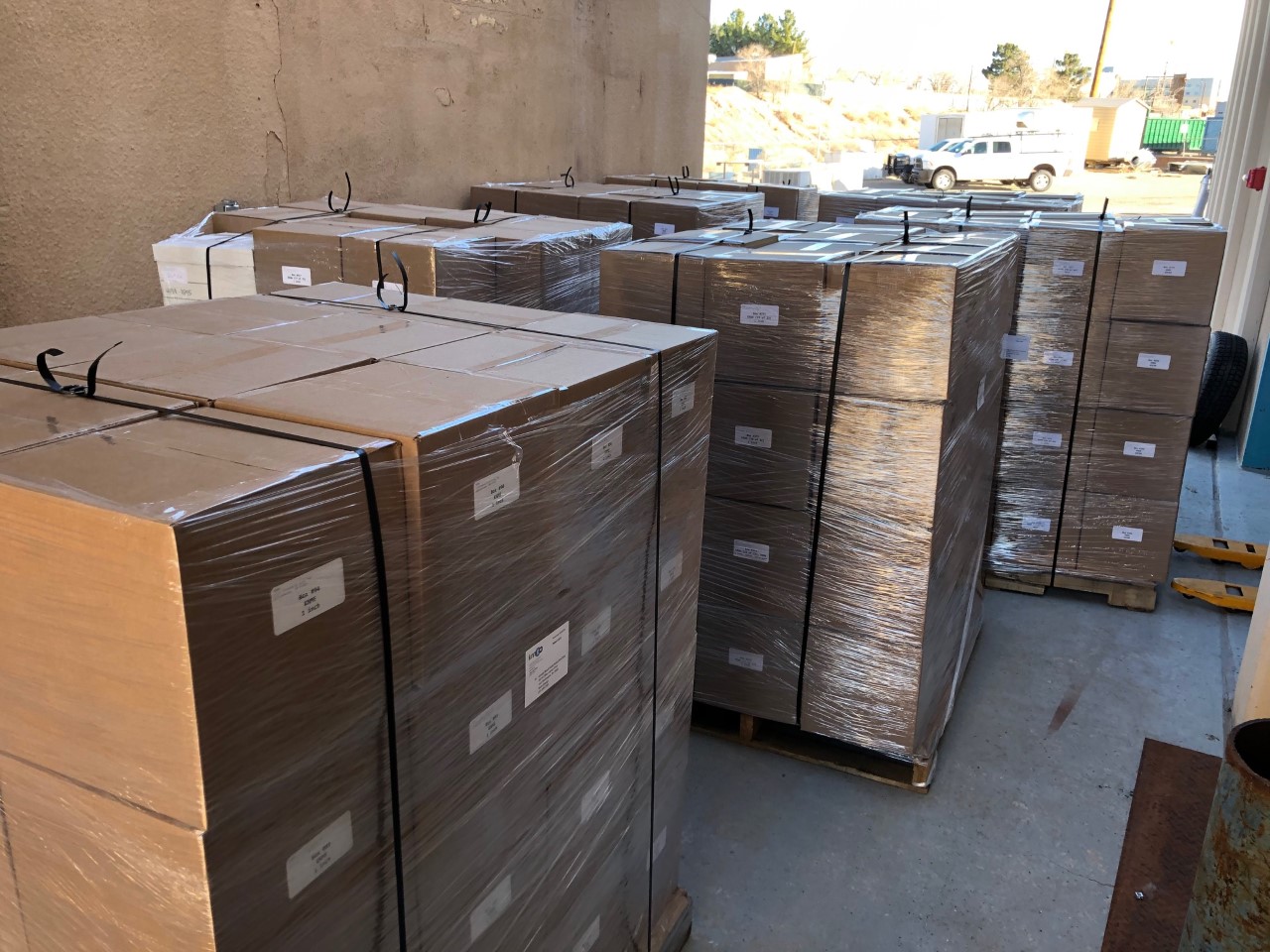 During the next phase of the project, we will be cataloging the digitized files so that they can be posted on the AAPB Online Reading Room for public access and use.

New Mexico PBS General Manager and CEO Franz Joachim along with NMPBS Executive Producer for Arts and Cultural Affairs Michael Kamins formed the partnership with the American Archive of Public Broadcasting, New Mexico Public Media partners and secured the funding for the project. Each has over 30 years of PBS experience.

"Public television station video archives are an essential record for our communities. Reaching beyond the headlines into the heart of communities, this video record touches on the essential nature of our towns and the people we serve. But the cost of converting these archives to formats that will last over time is beyond the reach of many of us. I’m thrilled that CLIR saw fit to make this possible." - Franz Joachim.

“What a relief! New Mexico truly is an extraordinary place. I am thrilled to be able to preserve and share the amazing voices and stories found in our respective archives. They will not be lost to time.” - Michael Kamins. 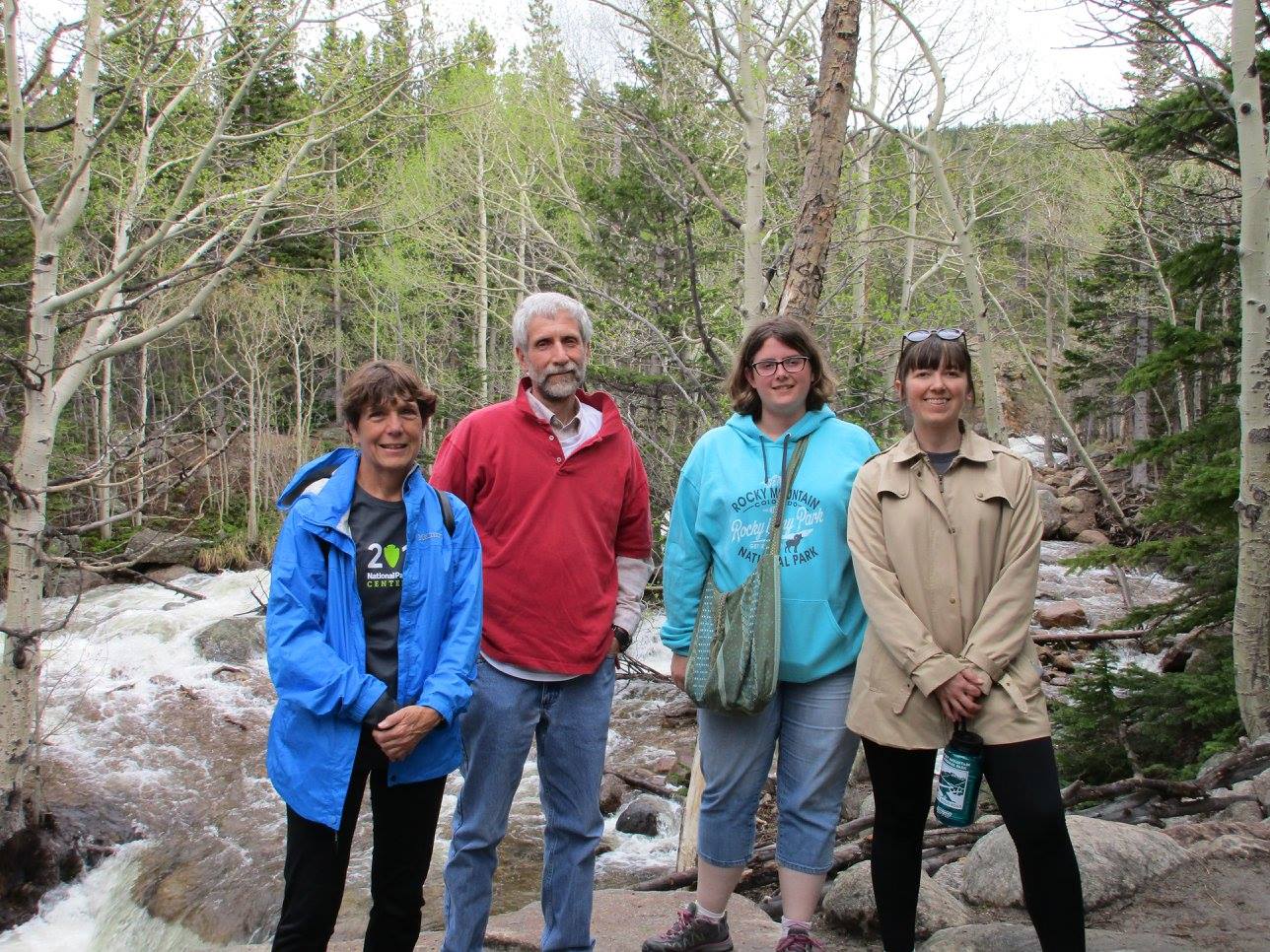 Prior to this project, the AAPB lacked any public television or radio content documenting the unique histories, cultures and landscapes of New Mexico, and Casey Davis Kaufman (she/her), Associate Director of the GBH Archives and Project Manager for the American Archive of Public Broadcasting, is thrilled that the NMPM Digitization Project will fill these critical gaps in the archive. As Project Manager for the AAPB since 2013, Casey has managed the digitization of more than 110,000 historic public broadcasting programs from stations and communities across the U.S. She is actively involved in the Association of Moving Image Archivists, having served on its Board of Directors from 2017-2019, and she also currently serves as the oral history producer for the "Rising from the Ashes: Chimney Tops II Wildfires Oral History Project" at University of Tennessee Libraries. 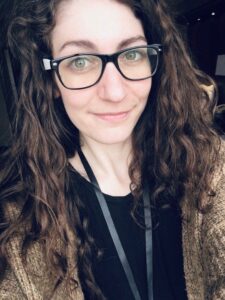 “Moving to Albuquerque in the middle of a pandemic was well worth it for the opportunity to contribute to this exciting project, help give new life to programs that may otherwise be forgotten, and highlight the value these audiovisual materials can add to our communities.” Megan Rose received her Master of Library and Information Science with a concentration in Archives Management from Simmons University before working as an Audiovisual Preservation Project Manager. She has a passion for all things moving image, having studied film at the University of Memphis and Massey University of New Zealand, and found a way to combine that with her love of preservation while studying moving image archives at Simmons. 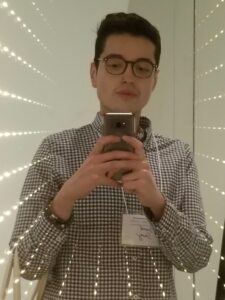 "As someone who studies U.S. art and visual culture through media that is printed, painted, sculpted, or photographed, I saw this project as an opportunity to expand the scope of my visual cultural interests with magnetic and recorded media formats becoming new territory to better understand New Mexico and, more broadly, the 'American' experience." David is a graduate student in The University of New Mexico’s Department of Art History pursuing a Master’s in Art History and Minor in Museum Studies, focusing on U.S. art from the nineteenth century to the present, Latina/o/x art, and New Mexican art and history. He is also working as research assistant with the UNM Art Museum and is planning to pursue a PhD in Art History, working toward a career as an art museum curator. 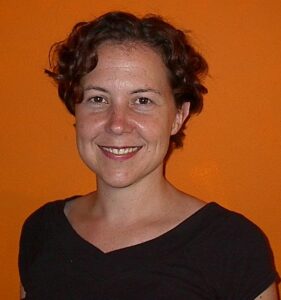 “Working on this project means preserving vulnerable historical materials and greatly enhancing their use and accessibility. I believe this digitization effort will enhance our understanding of New Mexico and beyond.” Rachel holds a doctoral degree in Art History from the City University of New York Graduate Center with a research specialization in the History of Photography. She is currently a graduate student in the Museum Studies Program at The University of New Mexico and is also working as a Research Fellow at the Center for Southwest Research digitizing and cataloging hundreds of negatives in the University of New Mexico's Photographic Services Collection.

Stay tuned for additional updates on the project and newly digitized collections!