Antiques Roadshow To Visit Santa Fe, NM In Search Of America's Hidden Treasures While Filming For The Series' 25th Season!

Contribute now to claim your place and support NMPBS! 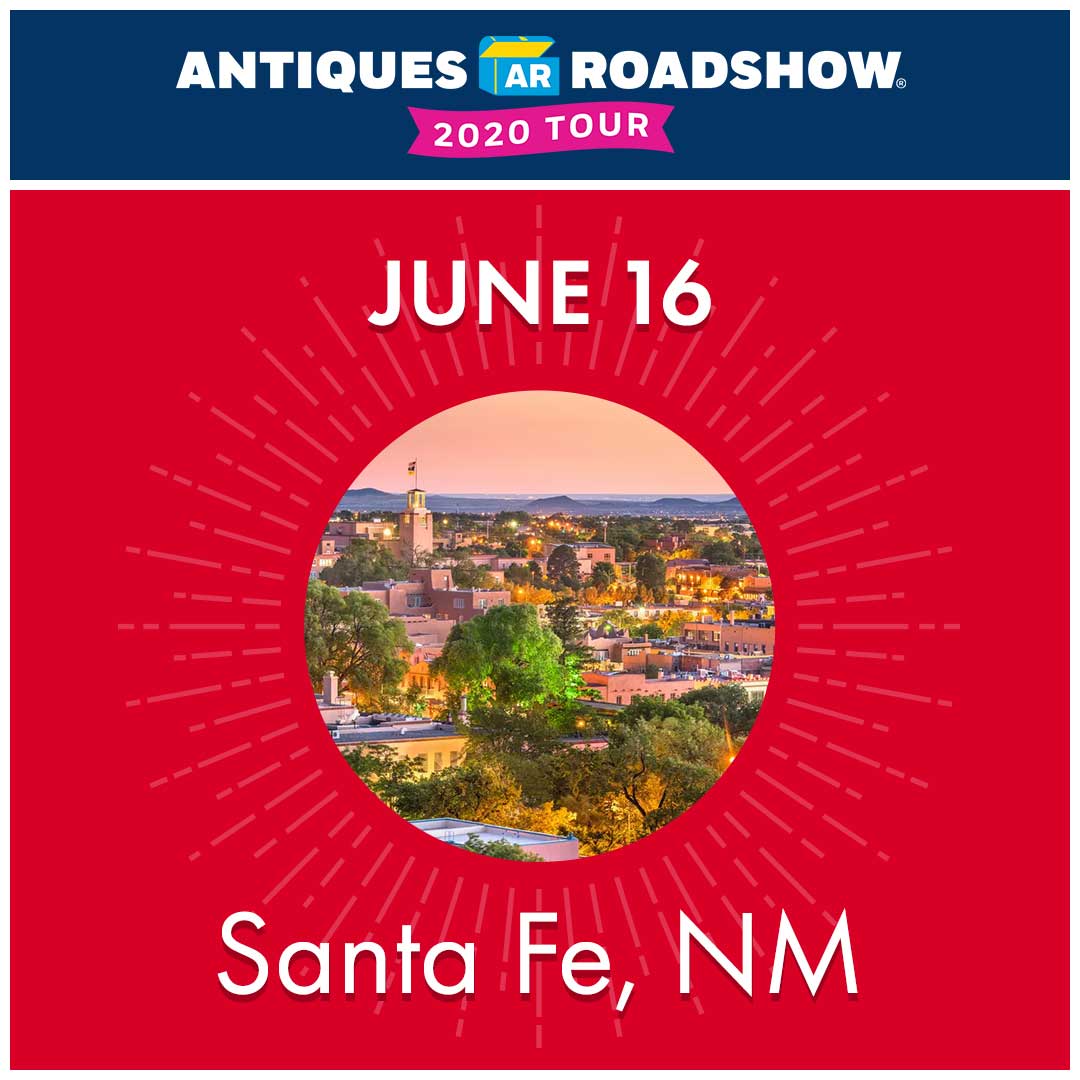 The event is Tuesday, June 16 at Milner Plaza in Santa Fe, and once again NMPBS has a limited number of tickets to offer as a thank you for your philanthropic support. Make your contribution here!

You will receive general admission ticket(s) that allow you to arrive any time between 7:30 am and 4:30 pm. Each ticket holder will only be admitted once and may bring two items. These tickets are limited, so don’t delay. These tickets don’t allow you to skip the line, but you can arrive at any time during the day. For general information visit the FAQ.

While tickets are free, there are only two ways to obtain them. 1) Through a lottery and 2) Through a philanthropic contribution to NMPBS.

The lottery sign up period is over, but you can still ensure your spot for this once in a lifetime experience, because NMPBS has a limited number of tickets available.

“Holding events at these locations allows our cameras to film appraisals in and around places that are treasures in their own right, adding an exciting depth to our show,” said ROADSHOW executive producer Marsha Bemko. “I can’t wait to see what treasures we uncover in Santa Fe. And stay tuned, we’ll be revealing the historic location we’ve selected very soon!”

From each of the 2020 events, three episodes of ROADSHOW per city will be created for inclusion in the 17-time Emmy® Award nominated production’s 25th broadcast season, to air in 2021. Produced by WGBH Boston, ANTIQUES ROADSHOW is seen by up to 8 million viewers each week. ANTIQUES ROADSHOW airs locally Mondays at 7pm on New Mexico PBS.

WGBH Boston is America’s preeminent public broadcaster and the largest producer of PBS content for TV and the Web, including Frontline, Nova, American Experience, Masterpiece, Antiques Roadshow, Arthur, Curious George and more than a dozen other prime-time, lifestyle, and children’s series. WGBH also is a major supplier of programming for public radio, and oversees Public Radio International (PRI). As a leader in educational multimedia for the classroom, WGBH supplies content to PBS LearningMedia, a national broadband service for teachers and students. WGBH also is a pioneer in technologies and services that make media accessible to those with hearing or visual impairments. WGBH has been recognized with hundreds of honors. More info at wgbh.org