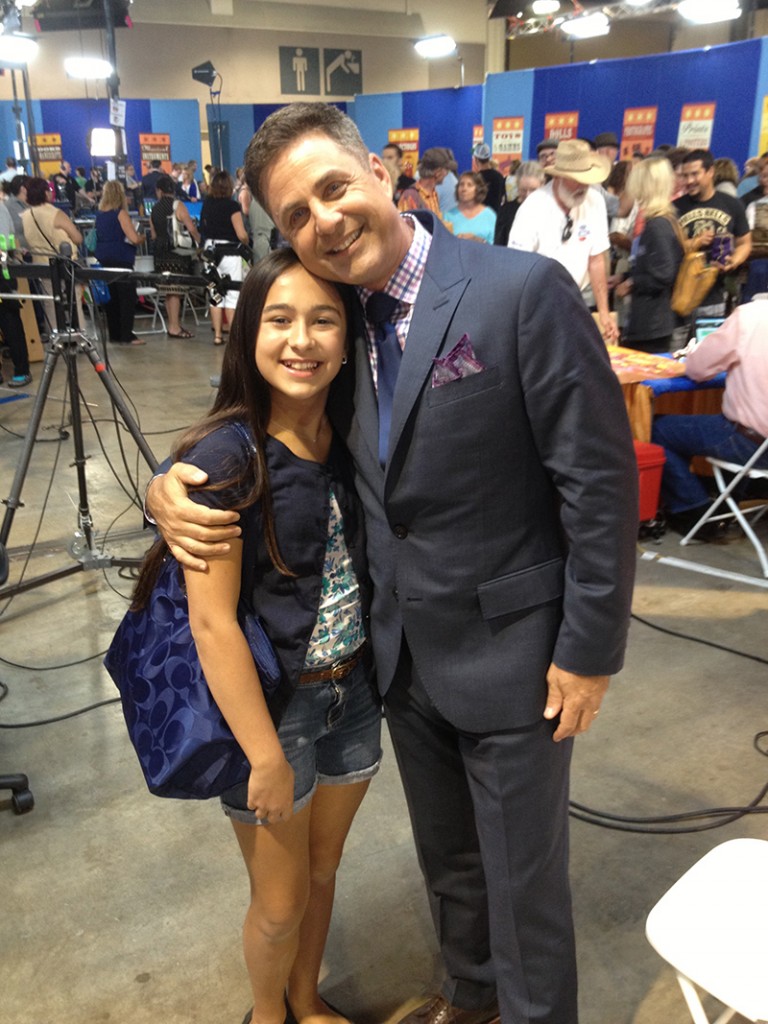 Among the 5,100 visitors at the July 2014 “Antiques Roadshow” event at the Albuquerque Convention Center were Bill and Tanya Lujan and their 12-year old-daughter, Laira. The Lujan family has a longtime antique business and Bill says Laira was “born into it.” So, the “Antiques Roadshow” is a weekly “family affair” TV event. Laira plays a game they call “Guessing Wars” with her dad. They try to guess who can get closest to the value of an item. Laira said, “On one show we saw a piece of pottery that was worth about $6,000 and I never thought it was worth it. It was kind of lumpy.” It was a piece by George Ohr, a ground-breaking potter from Biloxi.

Walking among the people, appraisers, TV cameras, and bustling production sets, Laira said later that she “was just amazed to see the whole thing. The scale of it was incredible.” Laira had a chance to visit with host Mark L. Walberg. Mark asked Laira to join him on set and together they practiced Mark’s lines on the teleprompter. “It was really incredible because I see him on every “Antiques Roadshow” and to meet him I was just star struck. He had me in front of the cameras and then gave me his autograph. It was really sweet.” She also saw the appraisers at work, including twins Leslie and Leigh Keno, and said “they really do look alike. I couldn’t tell which one was which.” 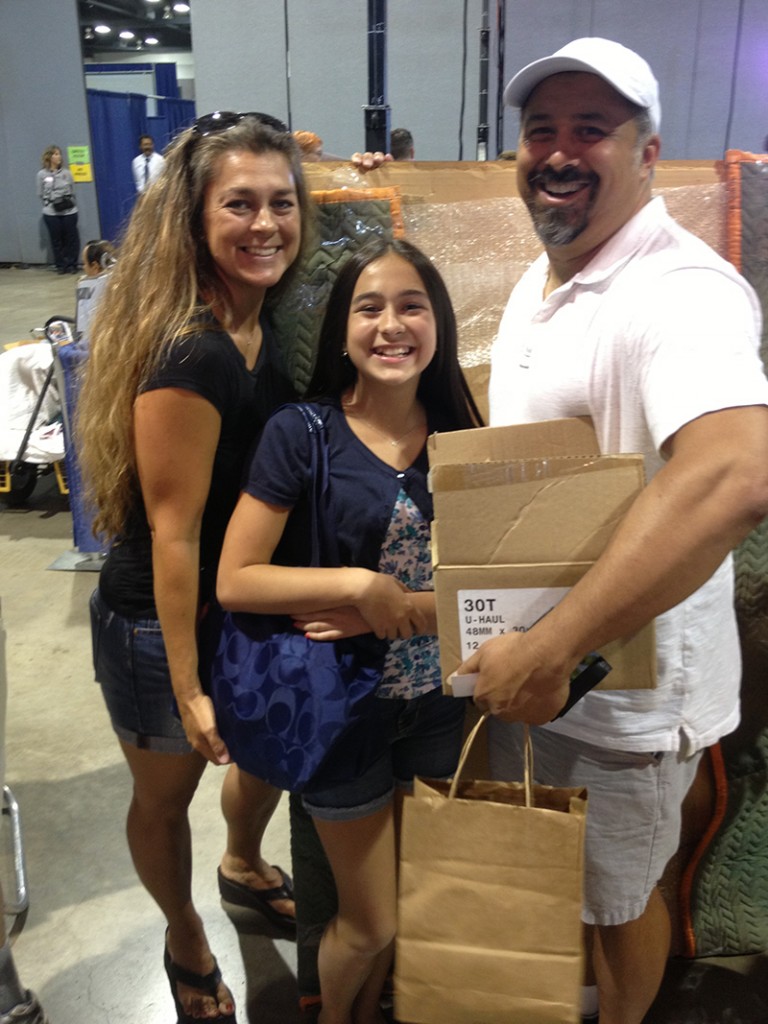 Laira’s favorite part of “Antiques Roadshow”? She says: “I love seeing all the things that people bring in from their houses like stuff given to them by their grandparents. It’s educational. It is real people who don’t know what they have and when they find out it is really nice to see. It is like a mystery to see what they have and if it is worth something, then great. If not, that is okay, move on with life. It’s really fun to see what happens.” Overall, Laira found visiting the Roadshow event “was really amazing. I am very grateful to have the chance to meet everyone.”

Laira and Bill also said they value the programming available on New Mexico PBS. Bill says, “We also watch the educational shows on KNME like “Frontline” and “¡COLORES!” Laira adds, “We are big on educational shows; we don’t watch many movies that have no value to your brain.”

The new season of “Antiques Roadshow” kicks off with three episodes from the 2014 Albuquerque event. Those episodes air September 28, October 5 and October 12 on New Mexico PBS.