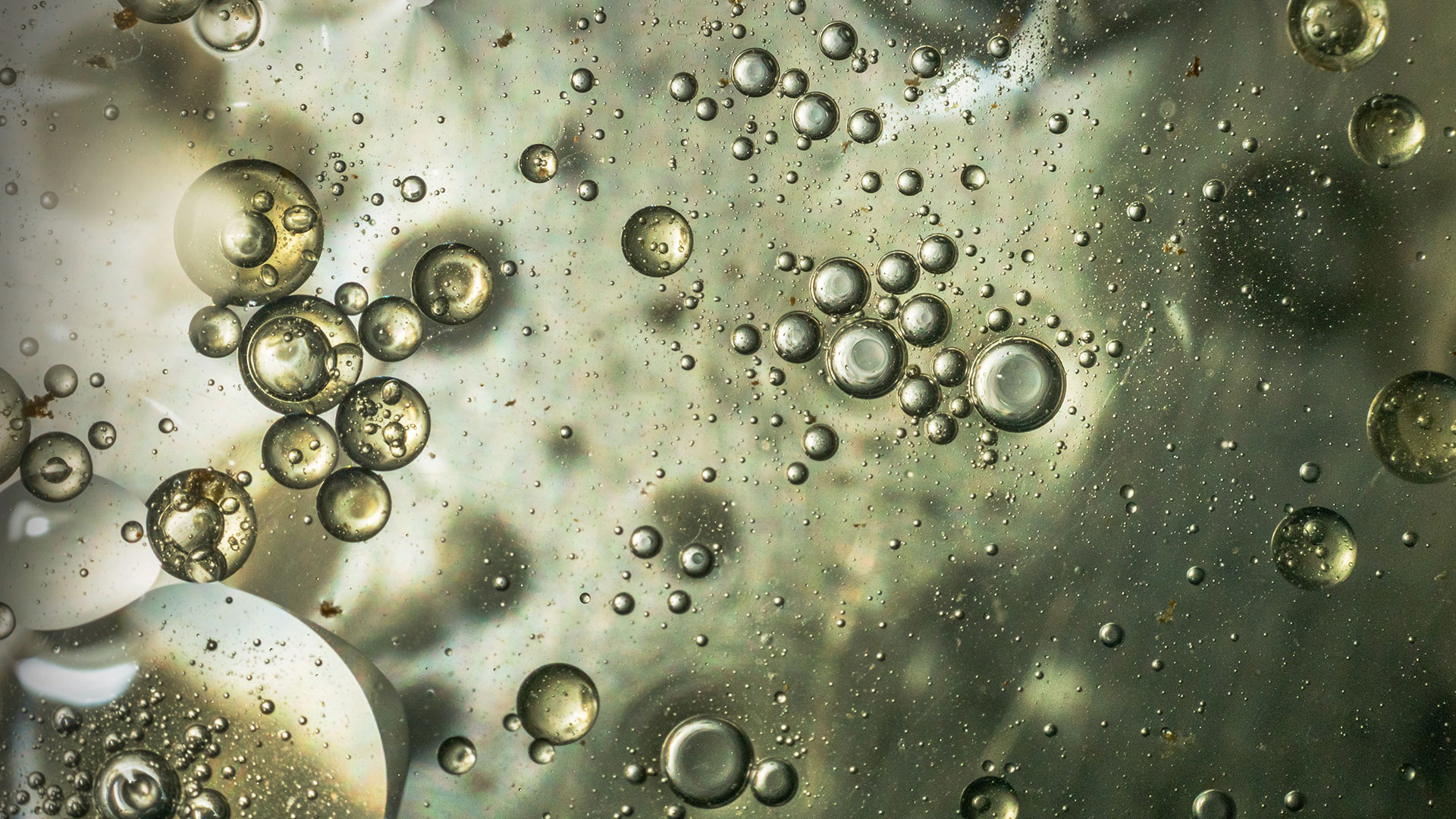 Recently, the U.S. Environmental Protection Agency (EPA) granted, in part, a petition from New Mexico Governor Michelle Lujan Grisham, requesting that the agency list four types of per- and polyfluoroalkyl substances (PFAS) as hazardous waste under a federal pollution law.

Now, New Mexico is asking the U.S. Department of Defense to drop its lawsuit against the state and agree to clean up PFAS pollution from Cannon and Holloman Air Force bases. 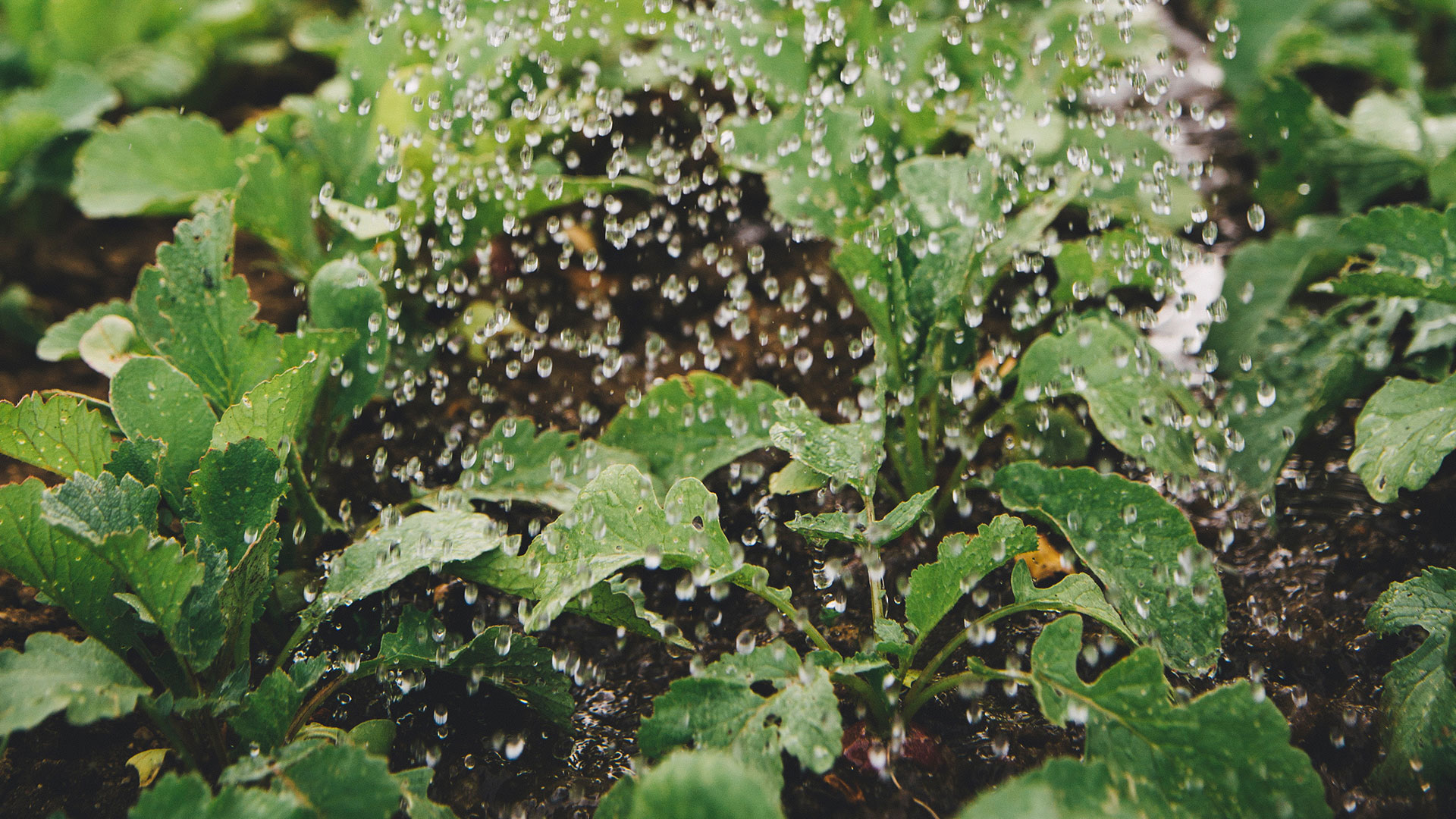 Last month, the U.S. Air Force held one of its quarterly meetings related to PFAS contamination from Cannon Air Force Base in Clovis, New Mexico.

Officials talked about an upcoming pilot program, a $16.6 million water treatment plant at the southeastern corner of the base that would test ways to remove the toxic chemicals from groundwater. That facility is slated to begin operations in 2023 and will “pump and treat” water only from below the base itself. 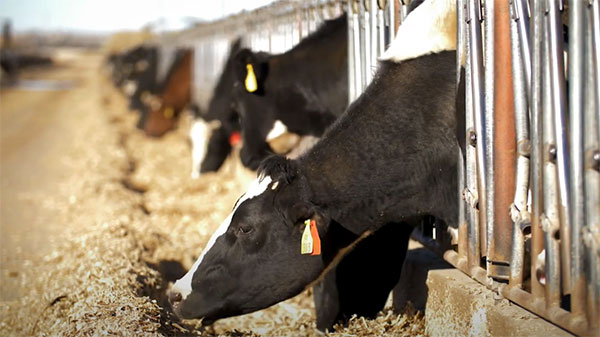 Recently, New Mexico Department of Agriculture Secretary Jeff Witte spoke about the military’s contamination of groundwater in New Mexico—and specifically, about how PFAS contamination from firefighting foams used for decades at Cannon Air Force Base have affected Highland Dairy owner Art Schaap, who says he has been dumping milk since 2018, when the U.S. Air Force notified him it had contaminated the water that supplies his home, dairy, and employee housing.

Retired USAF firefighter on PFAS: ‘We had no reason to doubt them’ 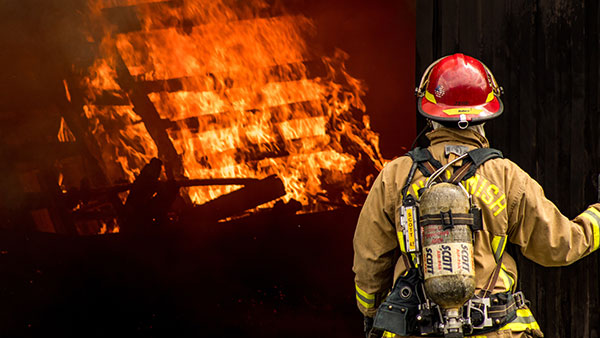 Daily, he says, he and other firefighters used Aqueous Film Forming Foam (AFFF), a firefighting foam useful for extinguishing petroleum-based fires. That foam also contains per- and polyfluoroalkyl substances, or PFAS, toxic chemicals linked to a variety of health problems—and known to have contaminated the water at hundreds of military bases nationwide, including Cannon and Holloman Air Force bases.

In the battle to regulate PFAS, states take the lead as military, industries play defense 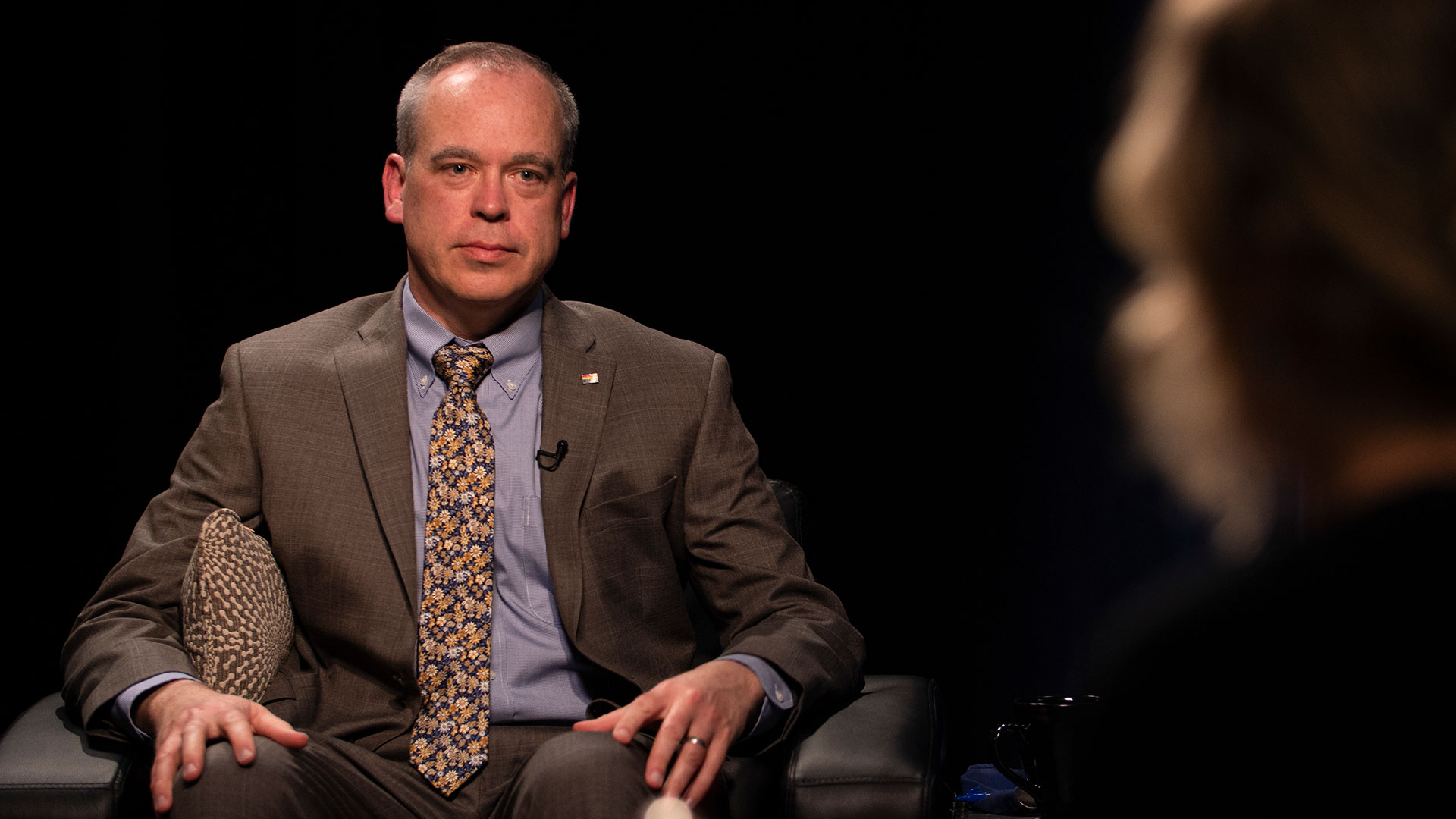 In a separate conversation, New Mexico Environment Department Secretary James Kenney spoke about the state’s efforts to understand the extent of the groundwater contamination at places like Cannon and Holloman Air Force bases and hold the military responsible for its cleanup.

“The pilot project that I understand Cannon is undertaking is a system that will prevent PFAS-contaminated groundwater from migrating off base,” said Kenney, whose office learned of the Air Force’s plans only after they had been publicly announced. “In terms of a larger delineation and cleanup of the area, the Air Force hasn't been in contact with us to talk about that.”

Will the Biden administration be a ‘willing partner’ for communities on PFAS? 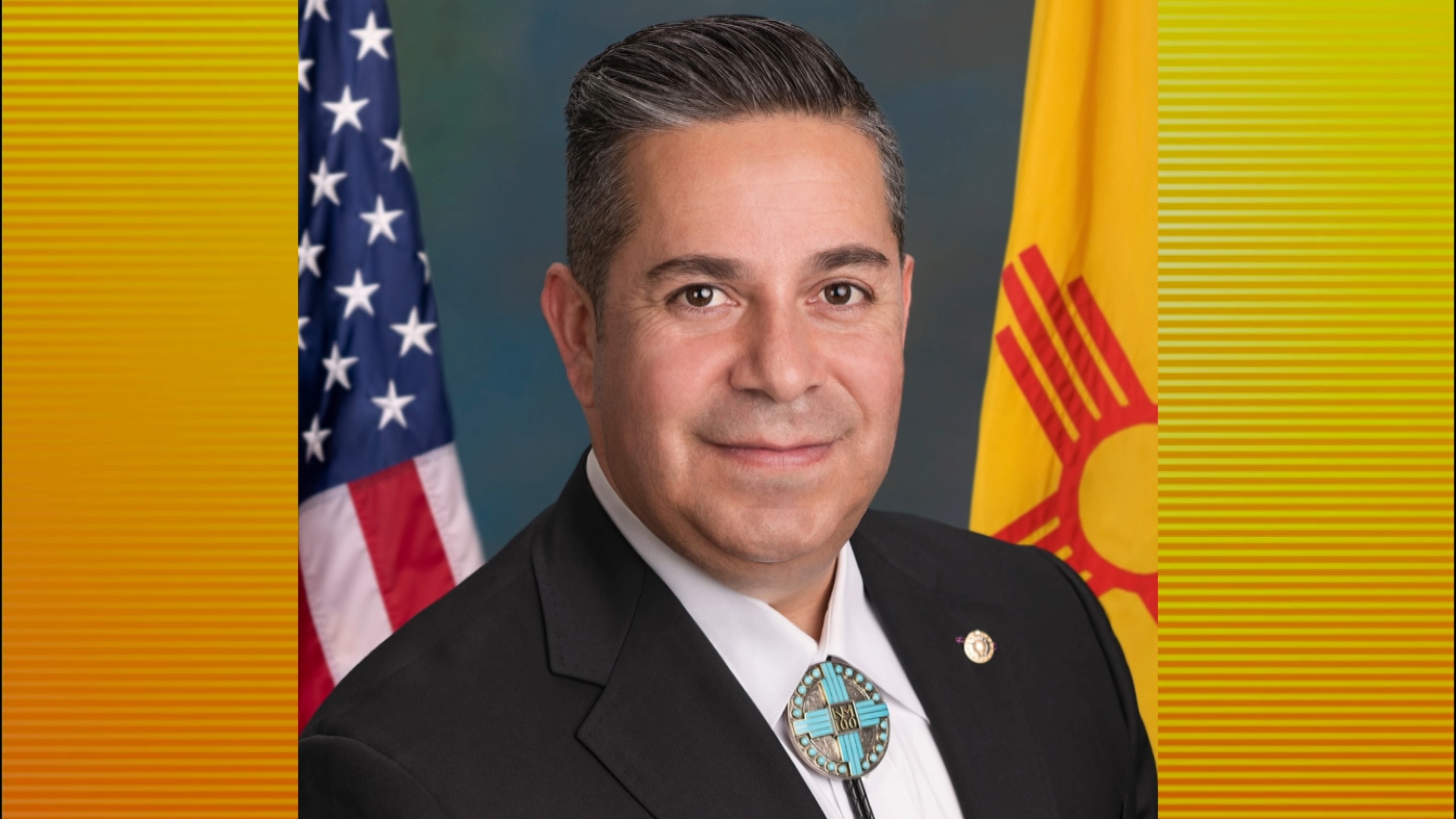 New Mexico’s Democratic members of Congress have repeatedly called for the military to address groundwater contamination from Cannon and Holloman Air Force bases. That contamination is the result of the military's use of aqueous film forming foam (AFFF) containing PFAS. 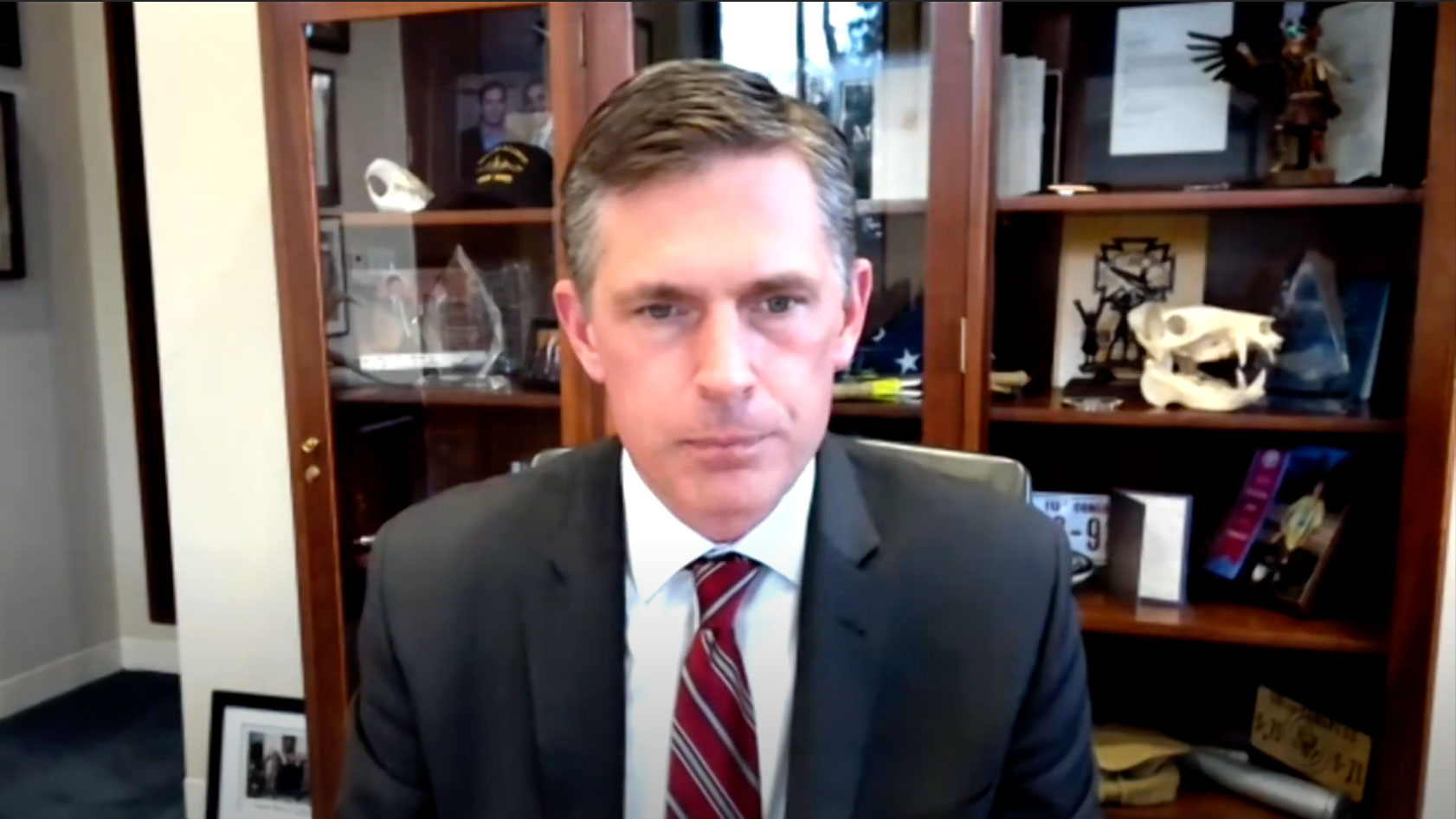 Earlier this year, Sen. Martin Heinrich, D-New Mexico, spoke with NMPBS about PFAS contamination. He noted some optimism for changes in how the federal government handles regulation of those toxic chemicals, which have polluted water at hundreds of military bases nationwide, including Cannon and Holloman Air Force bases in New Mexico.

LANL: High PFAS levels not being released into local waters 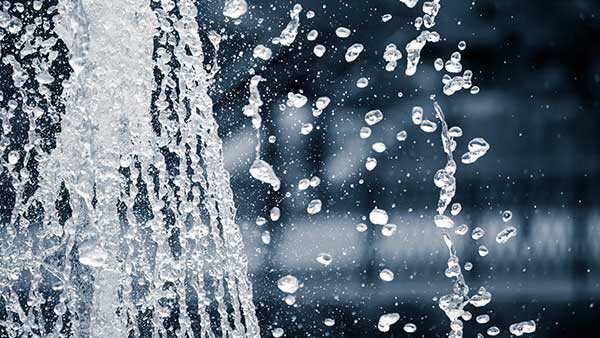 Last week, I reported that PFAS, or per- and polyfluoroalkyl substances, had been found in water samples collected at Los Alamos National Laboratory. Most of the samples scientists collected from groundwater, effluent, and wastewater treatment plants revealed just traces of various members of the PFAS family, including perfluorooctanesulfonic acid (PFOS) and perfluorooctanoic acid (PFOA).

But in some of the database’s water samples, PFAS levels were extremely high. 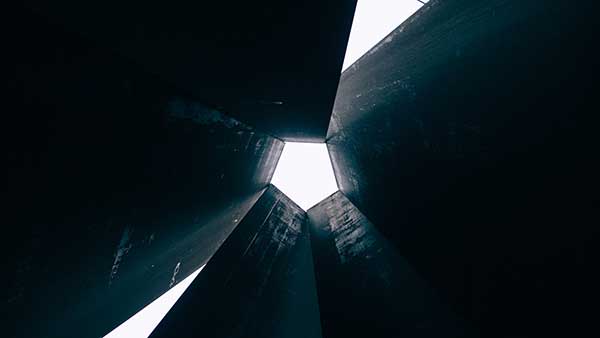 Among other things, Heinrich emphasized the need for the U.S. Department of Defense to take full responsibility for PFAS contamination at military bases nationwide, including at Cannon and Holloman Air Force bases in New Mexico. 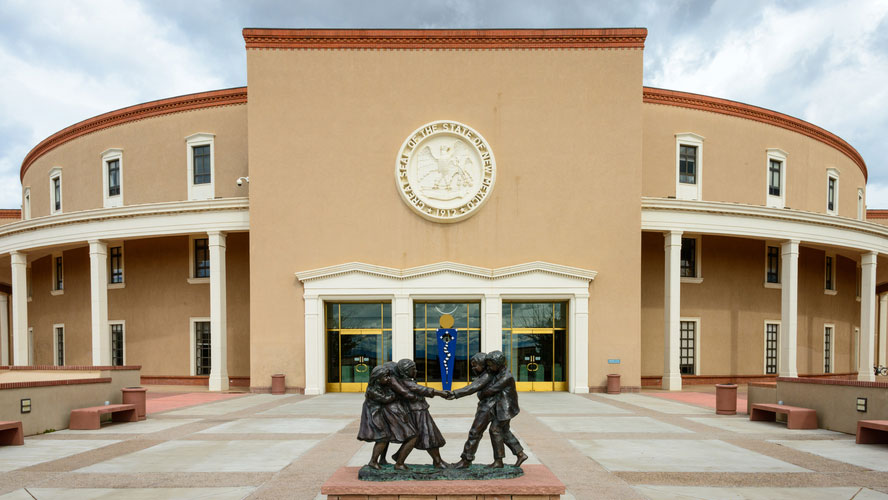 This week, the state of New Mexico is attempting a new legal tactic to force the military to clean up the PFAS, or per- and polyfluoroalkyl substances, that have polluted waters below two New Mexico communities.

In a writ of mandamus filed on Monday, New Mexico state officials attempt to bring the legal battle over PFAS home—and they’re challenging an earlier court decision that the state says took away its environmental policing powers.

PFAS in NM’s waters, plus NJ sues the military, too 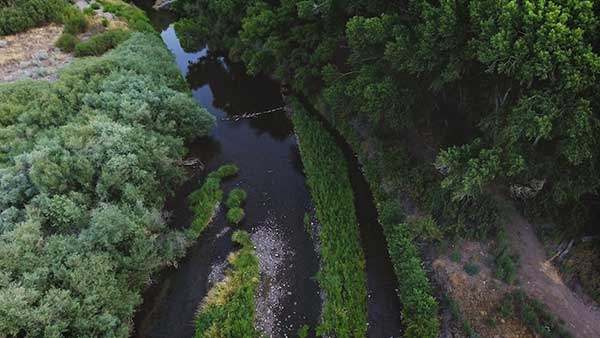 In cooperation with the New Mexico Environment Department, the U.S. Geological Survey tested groundwater and surface water in 16 counties to find where PFAS are present and which specific types of those toxic substances have found their way into the state’s waters. The tests did not reveal alarmingly high levels of the pollutants at any one site. But the presence of PFAS was widespread geographically in New Mexico’s waters. Given their toxicity—as well as the fact that they persist within waters, soils, and bodies “forever”—the results are notable. You can read that full story here.

Haaland on PFAS contamination in NM 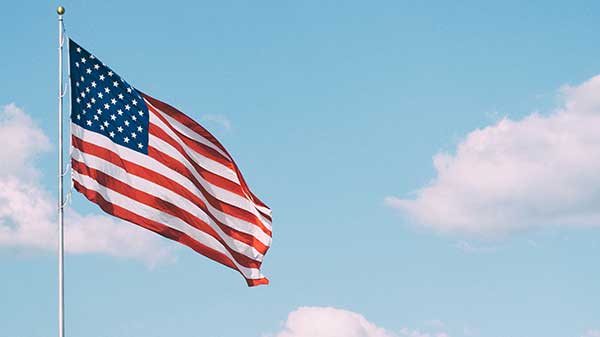 Rep. Deb Haaland, D-New Mexico, was nominated by President-elect Joe Biden to head the U.S. Department of the Interior. Until that nomination is confirmed, Haaland is the sitting congresswoman for New Mexico's 1st Congressional District. In both her current role and potential future role, she says protecting the environment will be a top priority. Rep. Haaland took a few minutes recently to talk with correspondent Laura Paskus about the evolving story of groundwater contamination and PFAS near at least seven military installations across the state.

In an interview taped late last year, now-former Sen. Tom Udall, D-NM, spoke about the military’s contamination of groundwater in New Mexico with PFAS, or per- and polyfluoroalkyl substances.

During the interview, we talked about the lack of transparency on the part of the military, whether New Mexicans should be concerned about the presence of PFAS from military installations in addition to Holloman and Cannon Air Force bases, and what we’ll wish we’d done when looking back on this moment decades from now.

What military history says about the future of PFAS cleanup 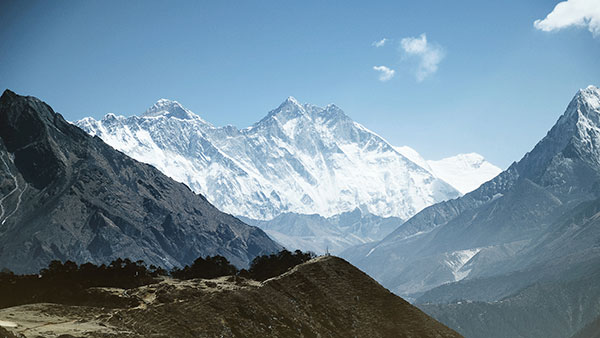 More than two years ago, New Mexico regulators learned that the Air Force had contaminated water beneath Holloman and Cannon Air Force bases with PFAS, or per- and polyfluoroalkyl substances. The two parties are locked in litigation as the state tries to compel the U.S. Department of Defense to clean up the toxic pollution, as well as map its spread. 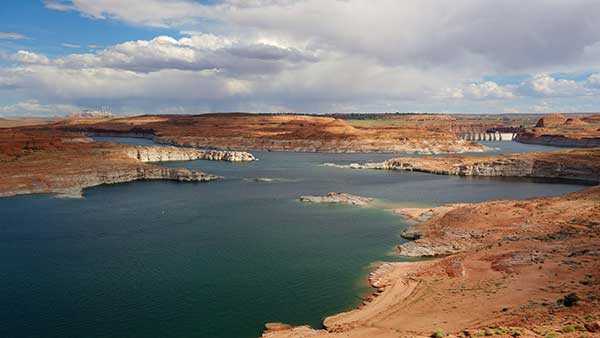 In August 2018, the U.S. Air Force revealed there were PFAS in the soils and waters below Cannon Air Force Base. More than two years later, dairy farmers like Art Schaap are still waiting for relief, the drinking water utility in Clovis has shut down drinking water wells, and the military and the state of New Mexico are locked in legal battle over cleanup.

In the water we drink and the products we use to protect ourselves, PFAS are everywhere 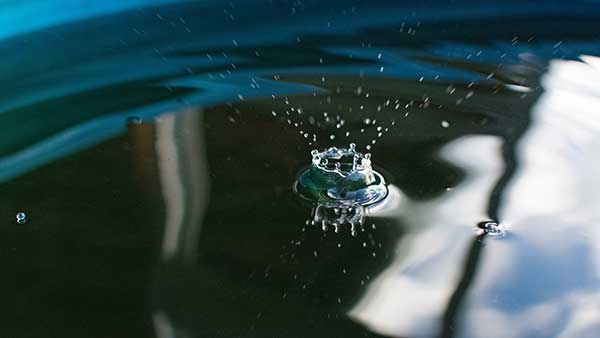 In Colorado, state agencies are looking into how much PFAS make it into waterways and then onto crops and consumer’s plates. According to a story from CBSN Denver, “The Colorado Department of Public Health and Environment and the Colorado Department of Agriculture are examining the potential contamination of irrigation waterways in areas that have previously been tested for contamination of drinking water.” 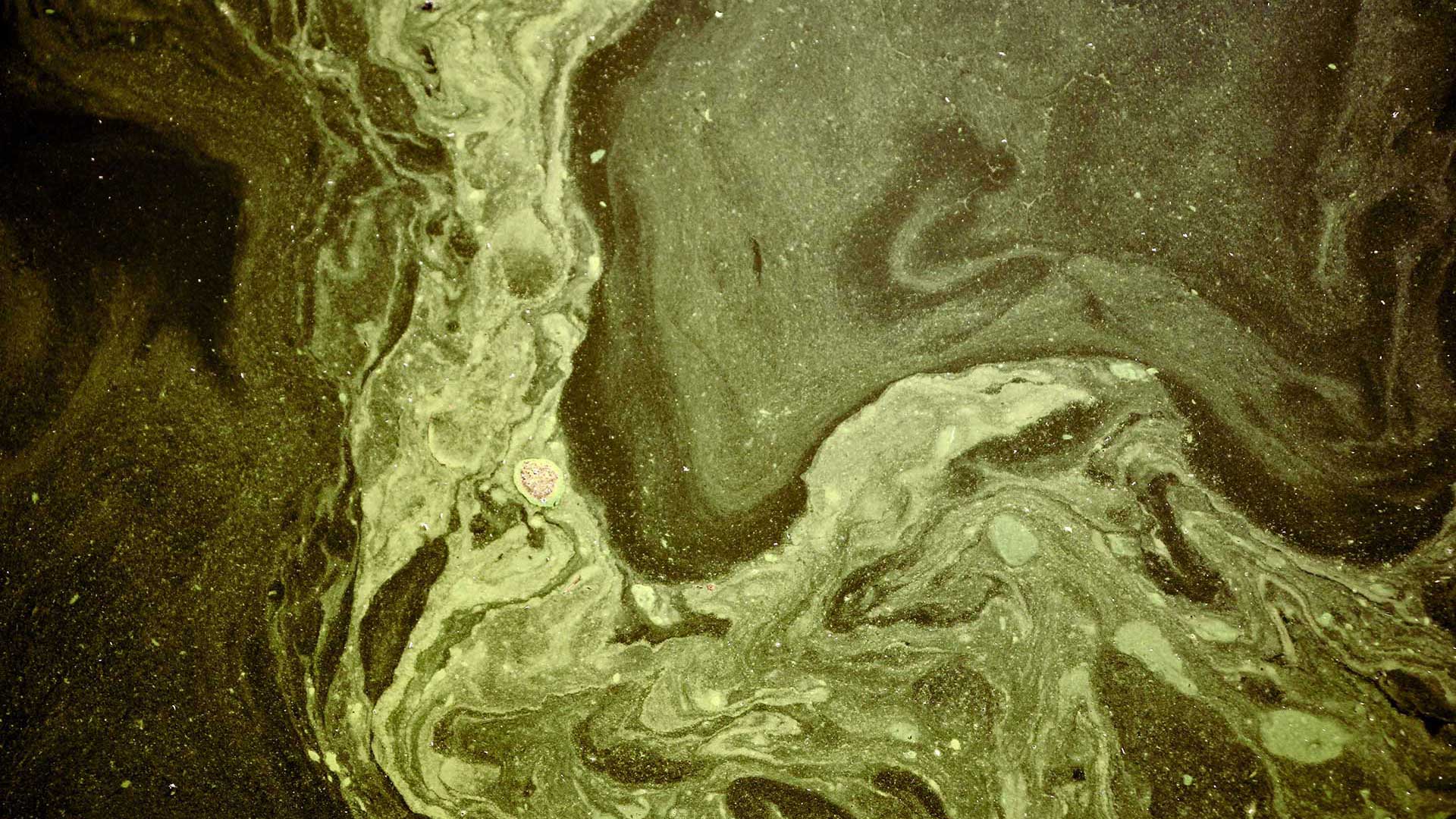 The U.S. Environmental Protection Agency released an interim strategy last week for some states and territories to address contamination from PFAS, or per- and polyfluoroalkyl substances. According to the recommendations, states like New Mexico can consider requiring monitoring for PFAS when granting wastewater discharge permits to military facilities or companies where PFAS are expected to be present. 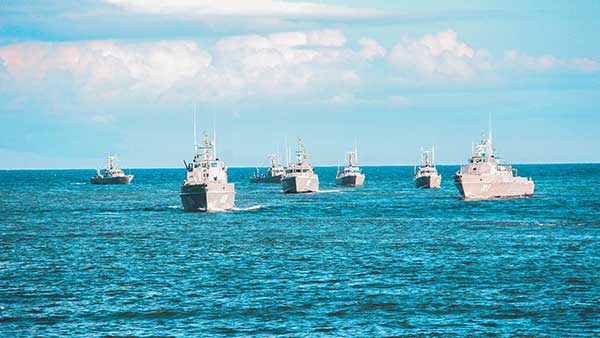 In New York, newly released data show that the U.S. Navy did not tell the public that it knew PFAS were present at the southern boundary of the former Grumman manufacturing site in Calverton. 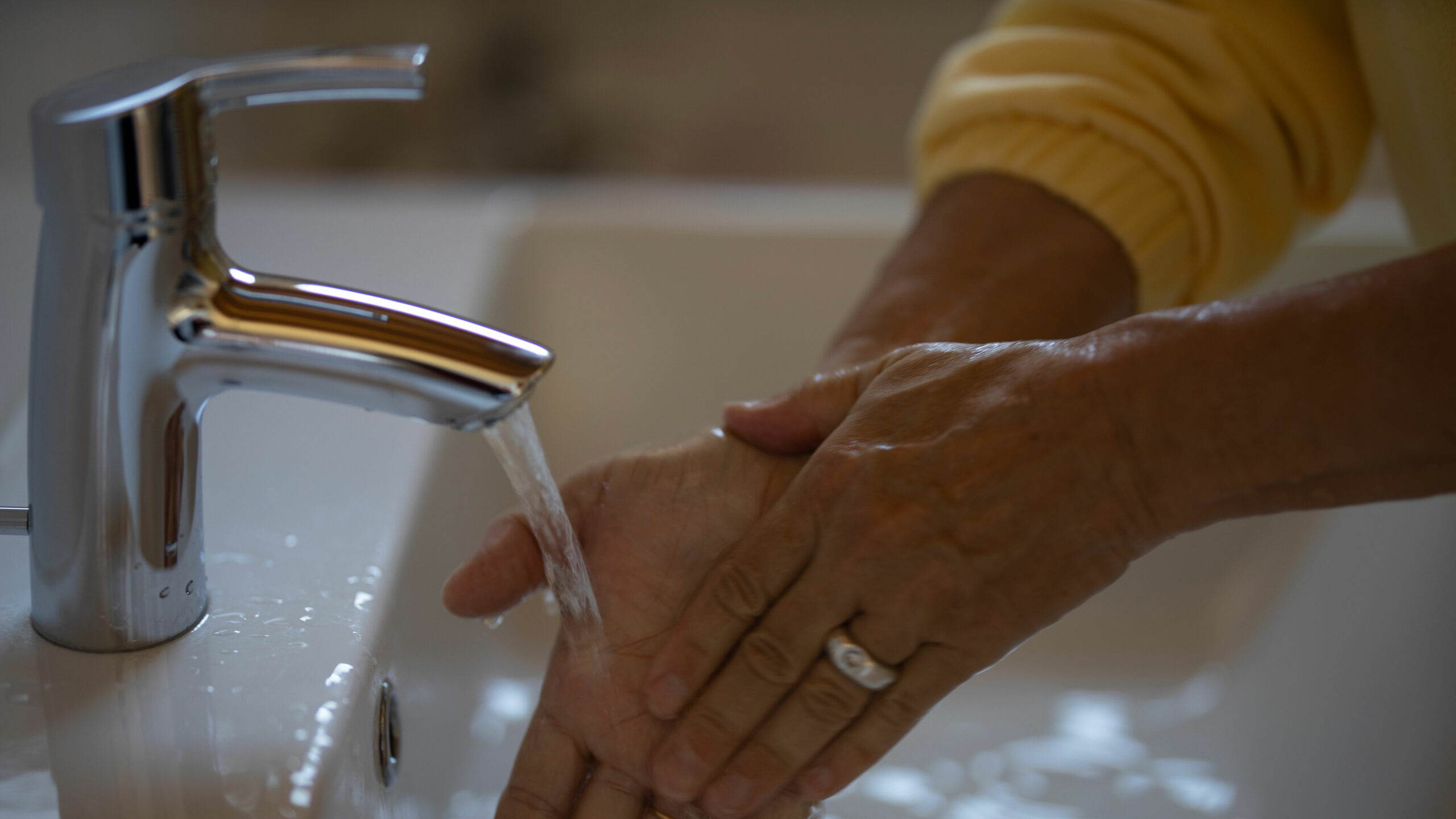 In New Hampshire, the Air Force has refused requests from state officials and members of Congress to follow the state’s regulations limiting the amount of PFAS, or per- and polyfluoroalkyl substances, in drinking water.

Because the U.S. Environmental Protection Agency has failed to set drinking water regulations for PFAS, many states have started creating and trying to enforce those limits. 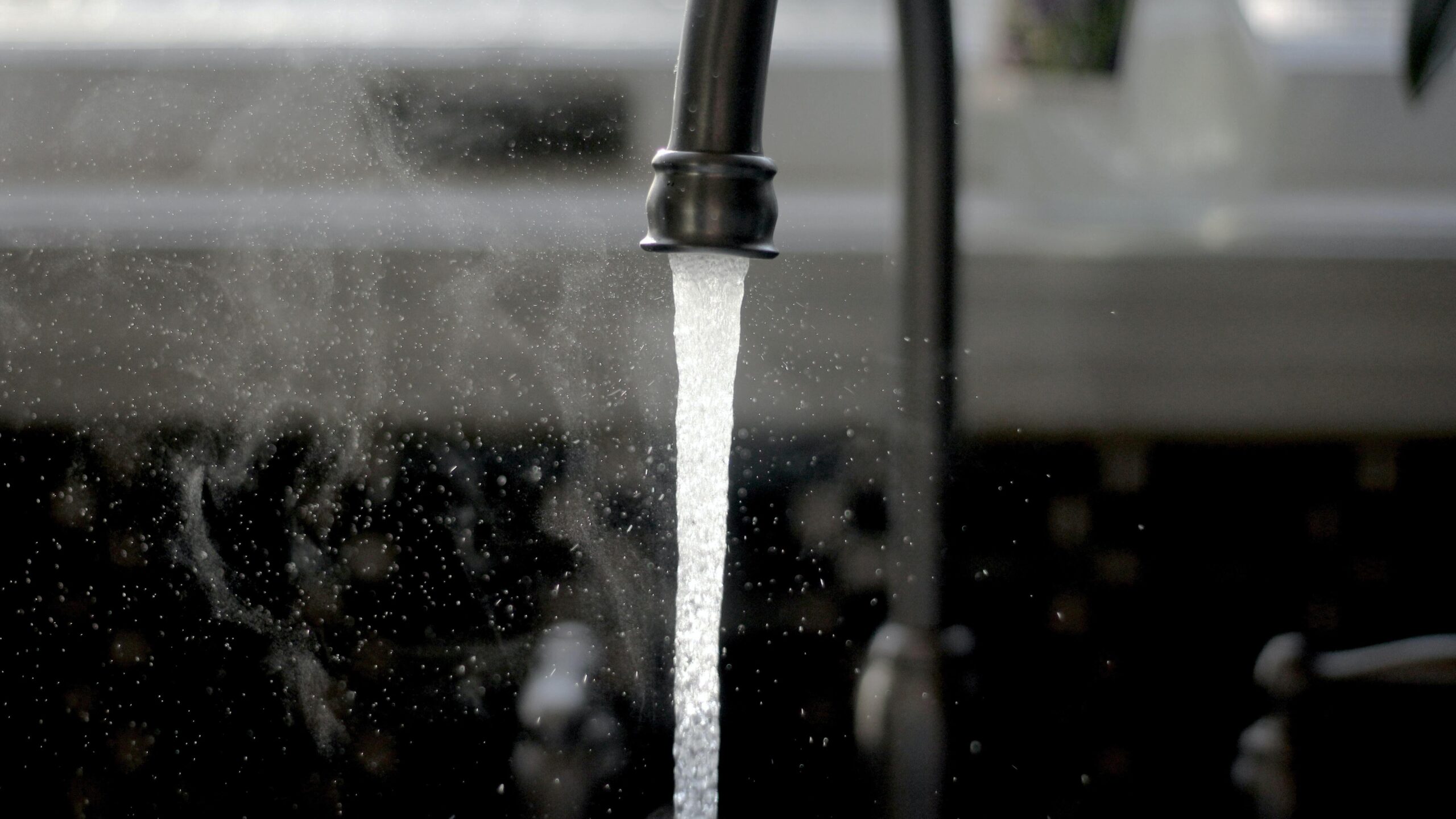 Last week, the state of New Mexico released a request for proposals on a contract to investigate PFAS contamination from Cannon and Holloman Air Force bases.

We mentioned these plans a while back, after the New Mexico State Legislature allocated $1 million to study where PFAS pollution has spread and another $100,000 to create and implement a well testing program in Curry and Roosevelt counties. 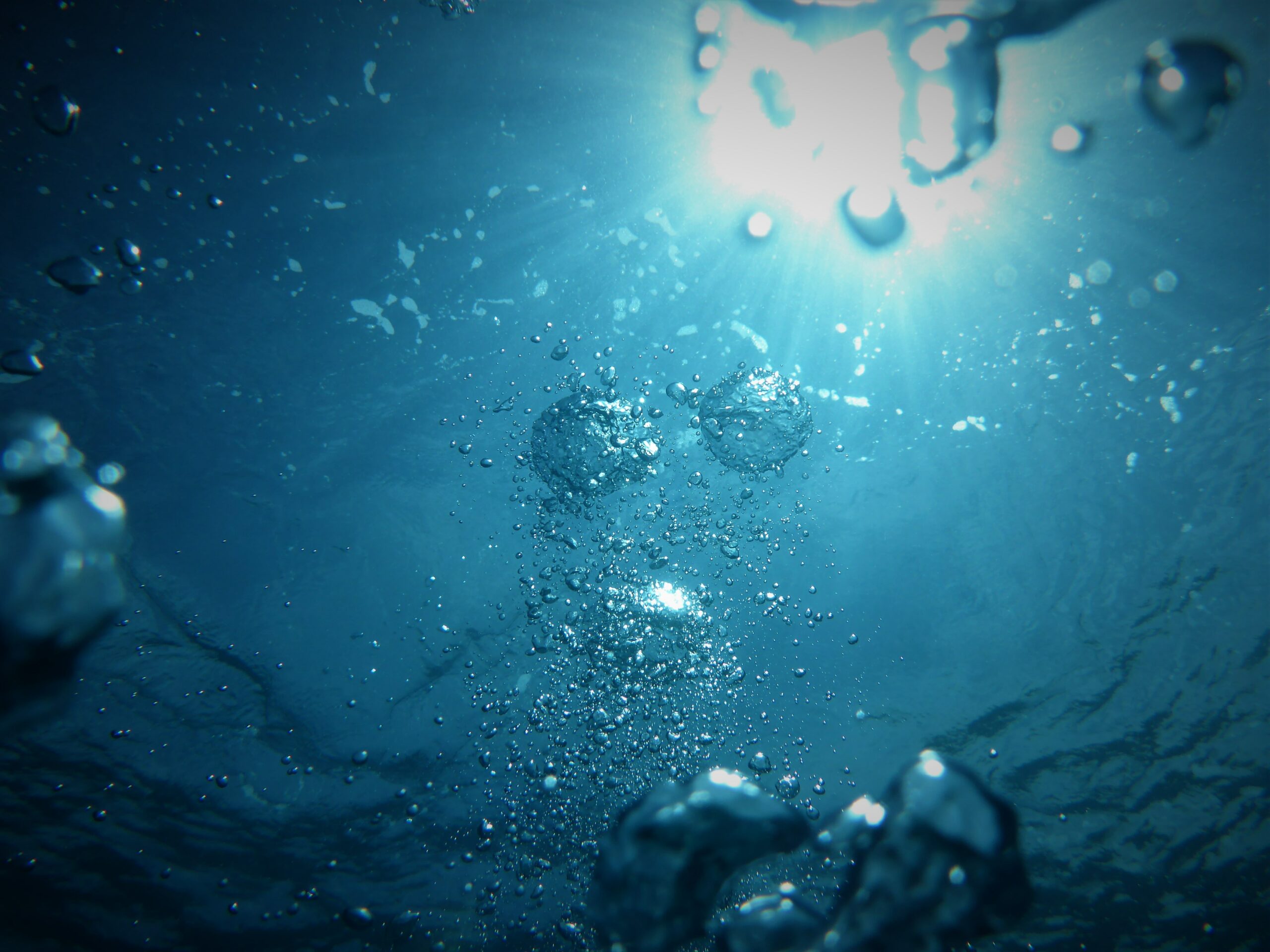 Here in New Mexico, activities at Holloman and Cannon Air Force bases have contaminated groundwater with PFAS, or per- and polyfluoroalkyl substances. The Pentagon has also identified five other military sites that may have polluted local waters with PFAS.

But PFAS contamination isn’t just a problem in New Mexico. The toxic chemicals have seeped out of factories, Naval bases, and airports around the nation. And the world. 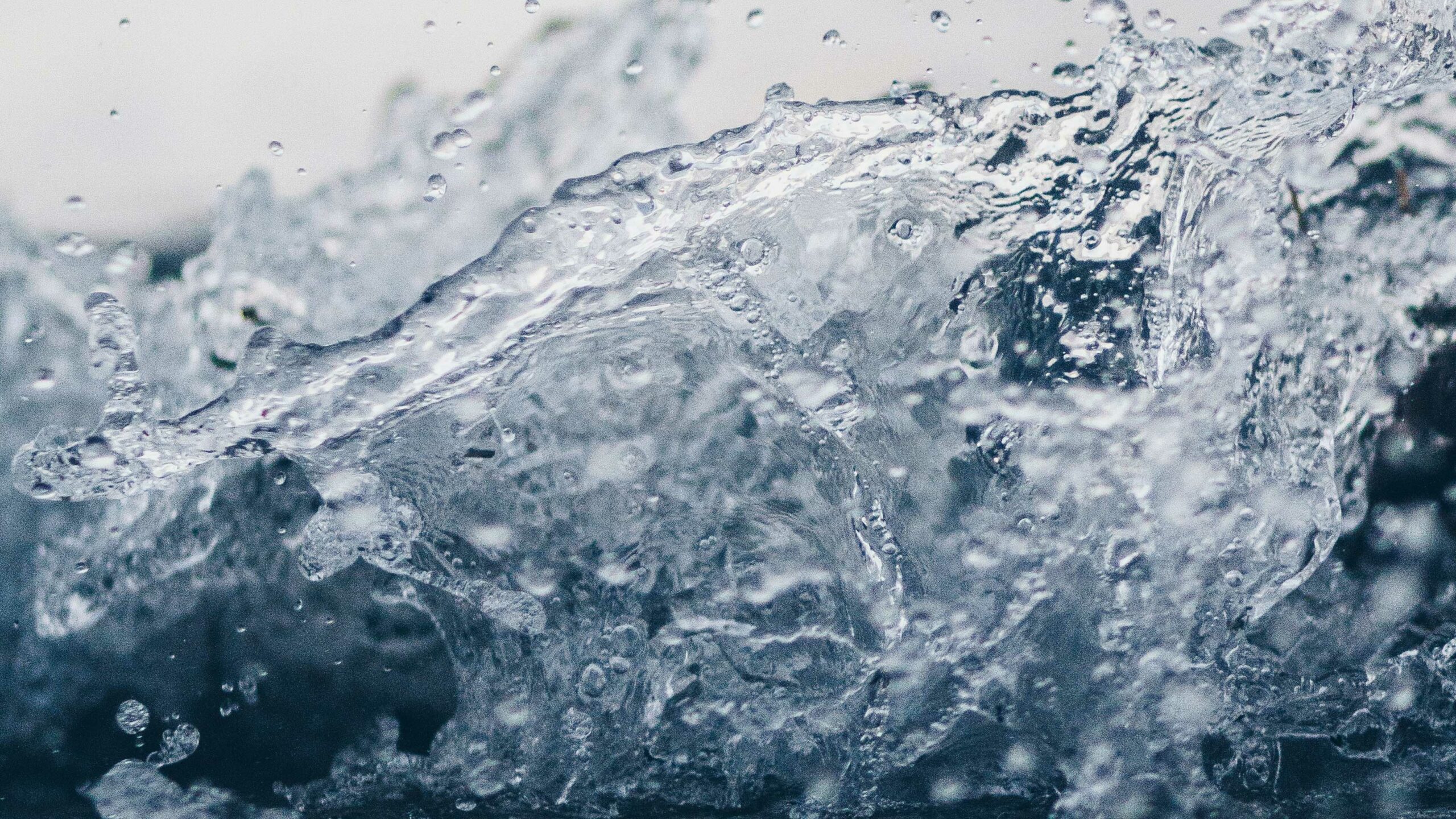 A new study published in the peer-reviewed journal, Environmental Science and Technology Letters estimates that 200 million Americans could have PFAS in their drinking water at levels of one part per trillion or more.

PFAS found in bottled water, MD oyster waters, and the blood of a Wisconsin activist 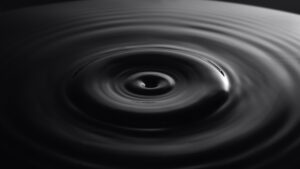 Here in New Mexico, two Air Force bases have contaminated groundwater with PFAS, or per- and polyfluoroalkyl substances. Five other military sites in the state have been identified as possibly having contaminated local waters, as well.

PFAS contamination might not garner many headlines in New Mexico, but all across the country, communities are grappling with similar problems.