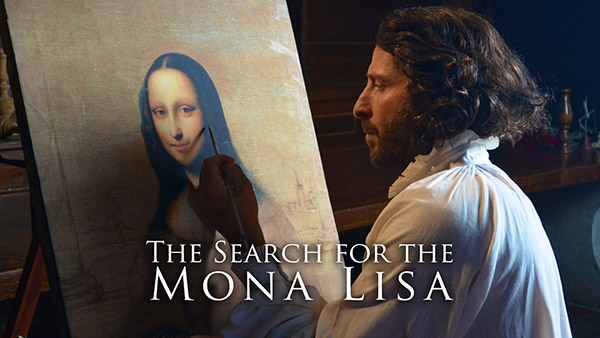 The Search For The Mona Lisa

Long Program Description:
The Search for the Mona Lisa, narrated by Morgan Freeman, reveals that Leonardo da Vinci’s Mona Lisa portrait is not the Mona Lisa. Timed to mark the 500th anniversary of Leonardo’s death on May 2, 2019, the film shows that the portrait has become the center of a swirling controversy. If she is not the Mona Lisa, then who is she? And why did Leonardo da Vinci paint her? Using newly discovered evidence, and featuring Italian star Alexandro Demcenko as Leonardo, the film is a thriller-like pursuit for the real identity of the most famous portrait in the world. Produced by Pantheon Studios, producers of the 2018 show The Search for the Last Supper, the film also features top Da Vinci experts from Europe and the US.